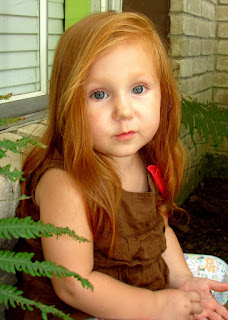 If you happen to be around a certain three year old and she utters those words it could get dangerous. Storie always says, “I’m growing up!” when she has to burp. I think that started because she thought she had to “throw up” one time, but discombobulated the words. Anyway, there was one time when she kept telling me she had to “grow up” in the grocery store.  I kept telling her “go ahead but not too fast…” Well, she turned her head and “grew up” all over Paige in one of those cool three seater kid grocery carts.  Paul and I pulled it off really well. We acted like nothing happened and managed to clean it up in front of 100 other shoppers that had no idea anyone just “grew up.” Anyway tonight when we were eating dinner she was arguing about whether or not her steak was chicken and whether or not she could have ketchup on it… she scrunched her little body up and down and told us “I’m trying to grow up!” She didn’t “grow up” or anything but it was hysterical.